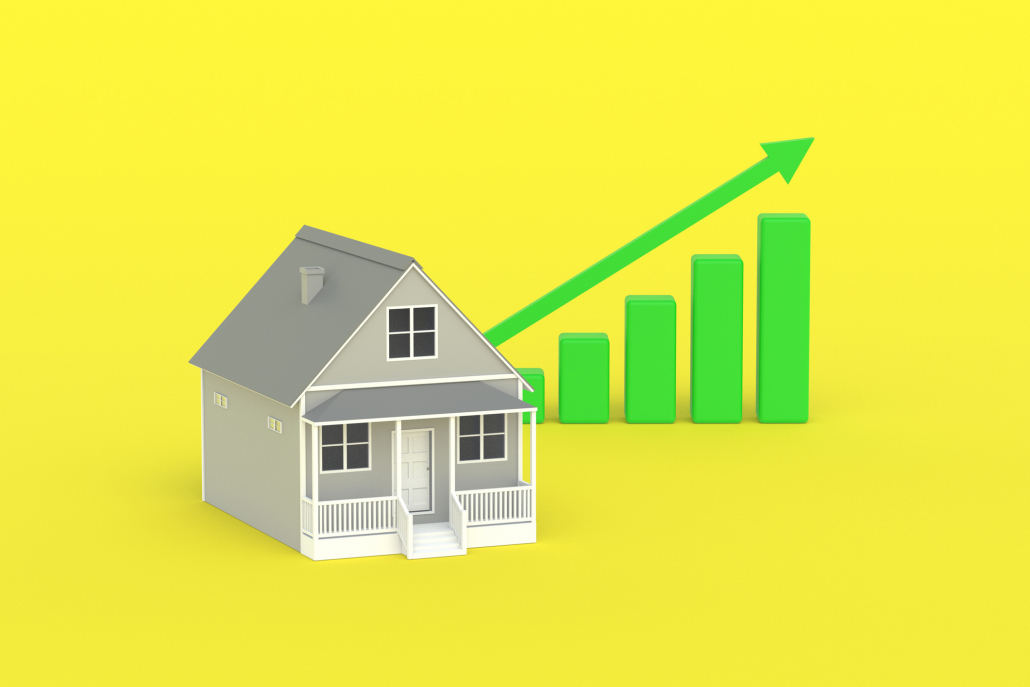 It’s no secret that homes are renting for record breaking rates. Over the last 10 years, many properties have appreciated 50-75%, forcing many renters to downsize or combine households to make their rent payments. More recently, inflation is getting the blame for much of the price hikes that are consumers are facing. How does all of this affect rental properties? What has caused rental properties to increase dramatically?

The end result? Higher costs all around and increased rent prices. As the current situation continues, we can only expect more of the same. This situation is forcing many to re-evaluate their situation. Rental assistance resources are being utilized more today than ever before. Yes, a new era has arrived that appears to be here for the foreseeable future. 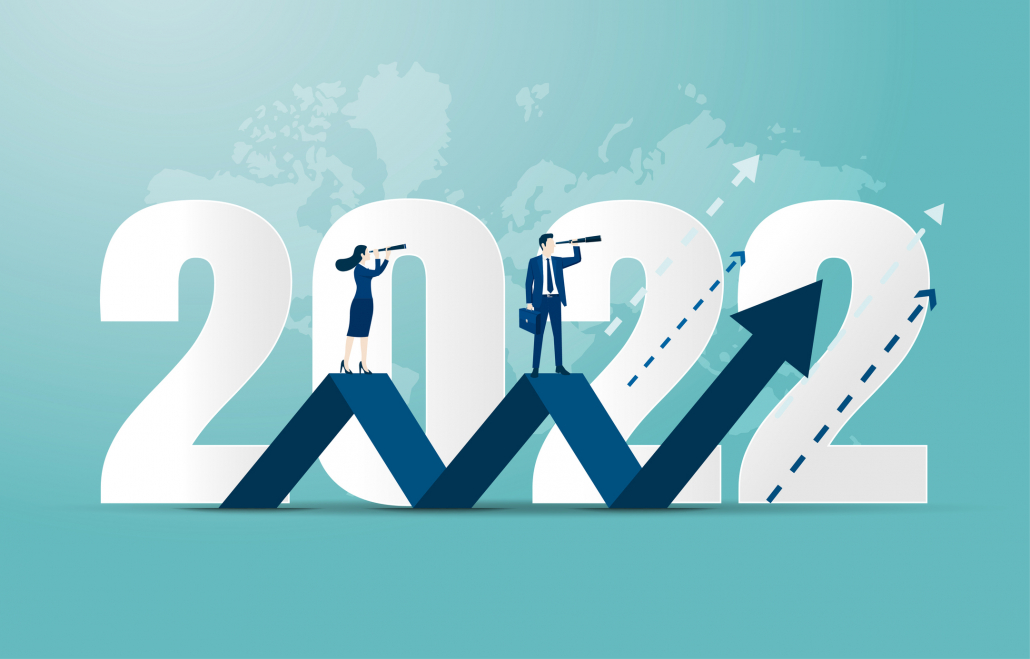 Another year. Another rising real estate and rental market. 2021 ended on a strong note, with rental prices at an all time high and the median sales price of an existing property approaching $450,000. The year defied expectations and appeared to set the stage for another year of appreciation. So, what can we expect with the rental market during 2022?

As much as we experienced steep appreciation during 2021, we anticipate a strong market, strong demand and more stability. Rental prices should remain at current levels with modest appreciation. Of course, much depends on the general economy, unemployment and inflation. Inflation leads to higher costs of goods, such as building materials and goods. As a result, maintenance costs rise for an owner of rental property. Fuel also rises, which contributes to rising costs of labor. As a result, both the cost of building homes and maintaining them rise, leading to rising real estate prices. This combined with strong demand, leads to higher rental prices, which we have seen over the last couple of years. Also, HOA expenses can also go up, such as monthly or quarterly dues.

Additionally, when real estate prices rise, so do property taxes, since they are typically assessed based on value. Owners of rental properties have to now pay out more, sometimes considerably, based on these new assessed values.

As a result, rental rates have seen considerable appreciation as they offset these higher costs and as demand continues to be strong.

It may appear that with thousands of residential properties built every year within the Las Vegas valley, land – or the lack of – may become an issue. However, builders have gotten creative in recent years to accommodate the demand for new housing.

For example, one nationwide builder embarked on purchasing smaller parcels of land and then subdividing them into smaller lots to build, for example, only 20 homes within a community. Because the lots were in more of a rural area of the city, requiring a specific minimum size, the builder was able to provide semi-custom homes for a premium price point. They took advantage of smaller parcels that perhaps other builders had passed on created a niche for themselves. And with great success.

Though Las Vegas has experienced significant growth and residential density, we can say that land is still readily available. While large parcels may be less common within city limits, a number of builders have decided to go into the suburbs, offering uniquely crafted communities for those willing to live a little ways from the hustle and bustle of the city.

For example, Cadence in Henderson is off Lake Mead Pkwy, a mere 10-15 minutes away from Lake Mead yet a fair distance from downtown and the Strip. However, with shopping available within a reasonable distance, community parks, pools and playgrounds within the community, multiple builders have embarked on building over 13,000 homes within the master plan. And thus far, they are not having difficulty selling them – for a premium!

In the far Northwest and edge of the city, Skye Canyon is currently in progress, with thousands of homes already completed and occupied. The appeal? The community prides itself on its close proximity to the northwest mountains which offer outdoor activities and winter skiing. The community itself offers parks, playgrounds and a recreational center, all designed to reflect a mountain type lifestyle. Homes are selling well, also for a premium.

So, while building large communities in the central part of the city may have slowed down, developments in the suburbs are rapidly gaining popularity as they offer numerous amenities, all contained within the development itself. As Las Vegas continues to expand and grow, we can only expect builders to develop more master planned neighborhoods as they look for ways to accommodate demand in housing. 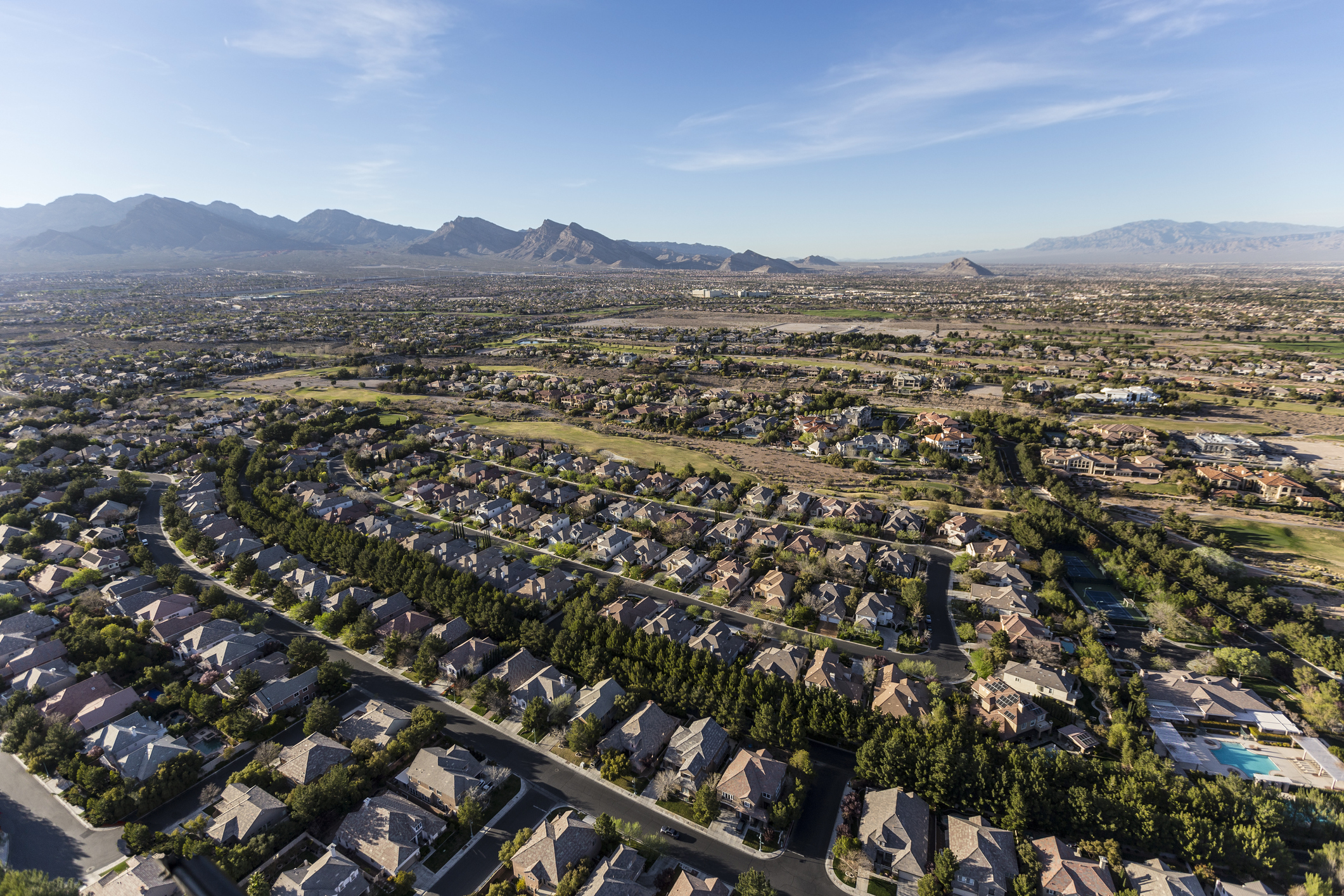 September was another record setter in the Las Vegas valley! Both resale and rent values increased on average, adding to an already record setting year. The median price of a home rose to $406,500 according to Las Vegas Realtors. Rent values rose on average between 3-9% (Zumper).

Though Las Vegas saw an increase in resale values between August and September, the fact is, it’s a far cry from the appreciation seen thus far in the year. As a matter of fact, the median sales price remained at $405,000 the two months prior, barely making an increase during September.

In essence, the market is taking a much needed break. Constant and significant appreciation can lead to over inflated prices which is not healthy for a market. Already, many individuals are out priced of a home, compared to just 6 months or a year ago. Fortunately, interest rates are remaining low, allowing many to to still qualify for high mortgages. And for the time being, rates should remain that way.

However, what does this slow down mean for the market? At this time, it is simply means that the market is pumping its brakes a little due to significant appreciation over the last year. Additionally, as the end of the year approaches, a seasonal slow down is typically expected.

Of course, a real estate market is based on many factors – economic climate, jobs, consumer confidence and interest rates, to name a few. These can affect a real estate market in a positive or negative way. For the time being, indicators appear to point to continued appreciation, though modest. Inventory continues to remain low, both in homes for sale and for rent. And most buyers are still in the game. 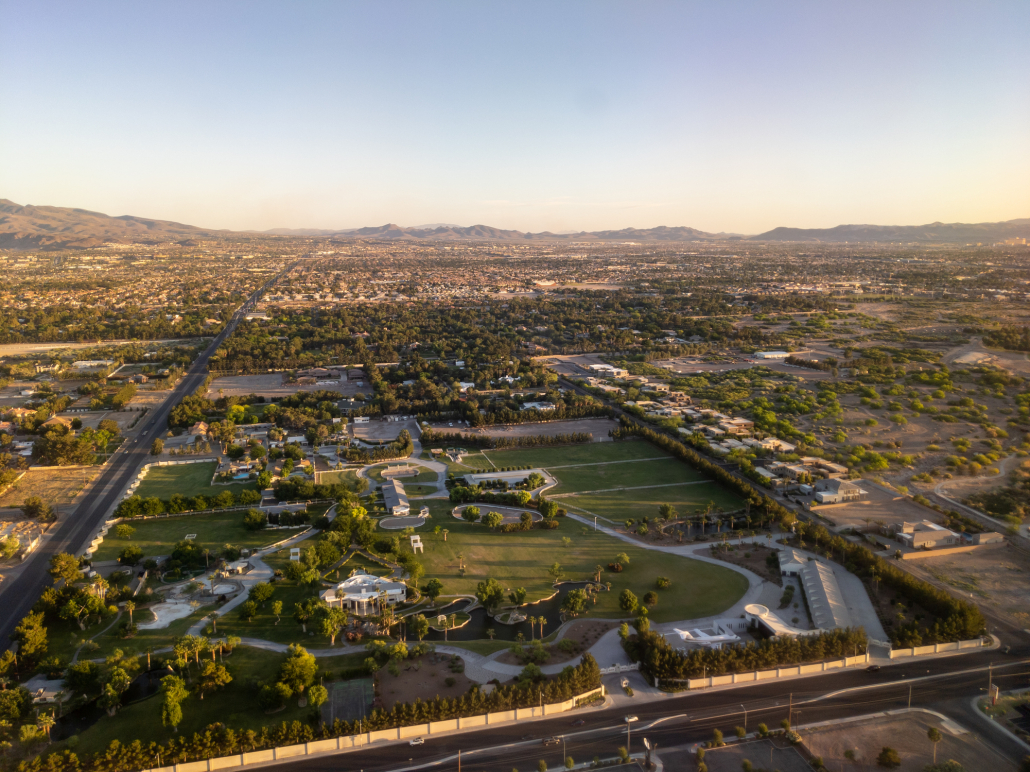 The Las Vegas housing market continued a hot streak throughout August leading into September. The median sales price of a single family home was $405,000 (Las Vegas Realtors), matching the prior month. The median list price was $422,000 according to Realtor.com, a possible indicator of continued price appreciation. More and more buyers from out of state, such as California, have been relocating to Las Vegas, investors are purchasing properties and first time home buyers are trying to eek their way into home ownership. This heavy demand has caused a strain on an already reduced inventory. As a matter of fact, the available inventory of resale homes is down 34.6% from August 2020 according to Realtor.com.

As discussed in prior blog posts about the real estate market, a low interest rate combined with low available inventory has driven prices up as this has stretched many home buyers budget. As a result, home buyers are willing to pay more while saving on monthly interest charges. All the while, homeowners are putting more cash in their pockets when selling their properties.

The rental market has also seen it’s fair share of appreciation. Rental rates are skyrocketing within the Las Vegas valley, allowing many single family homes to rent between $1.25 – $1.50 / square foot or more. These are significant gains, especially when compared to just a few years ago when many properties were leasing far below that. Again, a limited inventory combined with increased demand is causing landlord’s to raise rents. For landlord’s, this is a prime time to capitalize on their investment properties and raise rents. For investors looking to enter the market, the increase in rental rates is good news. It allows for higher returns against higher resale values.

While it may be tempting to sell a property that has much appreciation, it is also good to consider what your property may rent for in today’s market. Some landlord’s have decided to sell because they weren’t aware of the rent potential of their properties. So, before selling, consider all of your options.

While it is difficult to predict how things will go long into the future, the Las Vegas real estate market has proved resilient and even surprising. It has caught many homeowners and landlord’s off guard – in a good way! As a result, investment properties today are doing what many have wanted for a long time – providing a solid return on their investment. 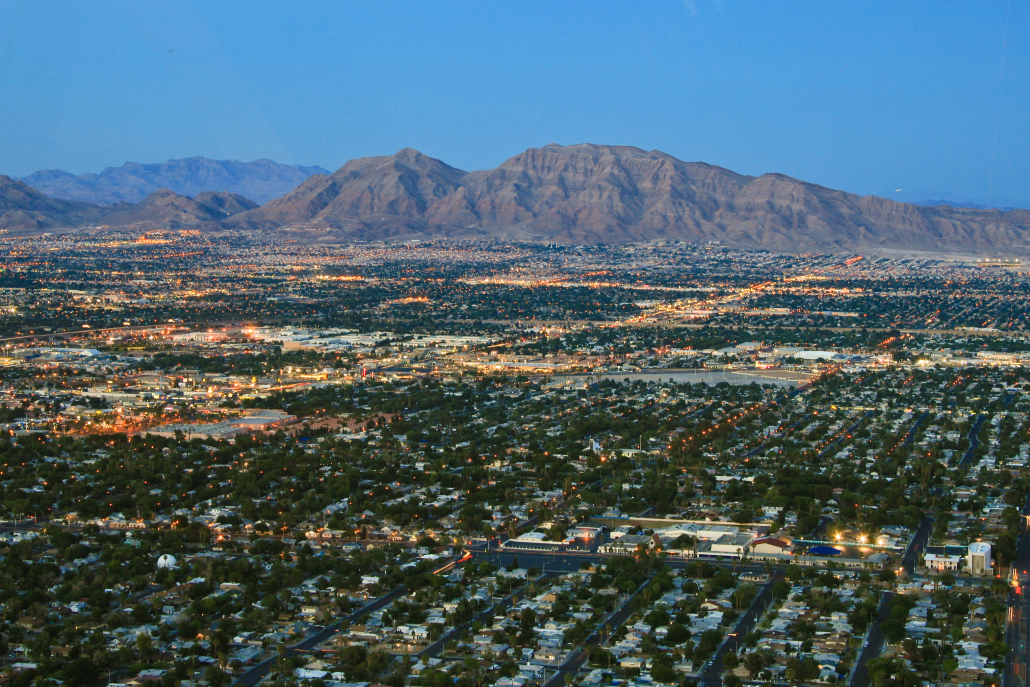 The real estate market in Las Vegas continues to defy expectations. With inventory slim and buyers in full ready-to-buy mode, prices are rising. The median single family home sold for $405,000 in July 2021. Most properties are selling quickly too, especially when priced less than $400K. We are seeing about a 20% year over year appreciation in the valley, and there appears to be no stopping this train. While the pandemic continues to exact its toll on the economy to a certain extent, real estate seems almost immune.

Of course, affordability is the next point of discussion. Already, many are being forced into making compromises because of this spike in price. Some are choosing to look into smaller homes or consider condo’s or town homes due to their still relatively lower price point, though prices are rising steadily on those properties as well. Others are deciding to rent and wait it out, however, rent prices are sky rocketing as well. And thus this creates a dillema.
This significant increase in housing is causing some to move in with others, such as family. Others are simply packing up and moving to areas less expensive. The next couple of years will no doubt show a migration of individuals to more affordable housing spots, especially as more work is done remotely.

In the meantime, homeowners and Landlord’s are the ones benefitting from significant property and rental appreciation with no end in sight.

How Much Will My Home Rent For?