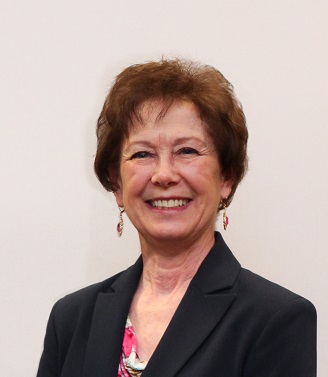 Ginger Bybee moved to Las Vegas with her family in 1963 and has been involved with the real estate world for over 45 years. While in high school, she was offered a job as an afternoon receptionist for a small realty office. From there she went on to become a licensed REALTOR® in 1975, joining Jack Matthews & Co., REALTORS®. In November 1979, Ginger was given the opportunity to assist three brokers, Mark Miscevic, Steve Schneider and Jack Woodcock with the opening of a new company, The Americana Group, REALTORS®, which eventually became Berkshire Hathaway Home Sales. She made the choice to retire her sales license in order to work as a full time assistant to help the founding brokers grow the company into one of the largest real estate firms in Southern Nevada. As The Americana Group expanded their sales force, the brokers found they each needed a personal assistant and in 1981 Ginger was hired by Jack Woodcock to fill that role in his office.

One of the real estate agents who joined The Americana Group in the early days was Steve Nicklin. He became a successful salesman, often selling investment properties to his customers and friends. Steve had the vision and foresight to launch his own company to manage those rental properties for his investors. The result was Nicklin Property Management & Investments Inc. He and Ginger have remained friends since his initial association with The Americana Group.

In March 2014, Ginger was presented with the opportunity to become part of the Nicklin team. With the formation of the real estate sales division she reacquired her real estate salesman’s license. In addition to listing and selling real estate Ginger also fills the position of sales team coordinator for Broker Patty Annis.